PETALING JAYA: By deciding not to defend his Gambir state seat in the Johor state elections, Perikatan Nasional (PN) chairman Muhyiddin Yassin has effectively given a “walkover”, an analyst said.

According to Universiti Malaysia Sabah (UMS) associate professor Anantha Raman Govindasamy, it could be due to the fact that Bersatu does not have the grassroots support like Umno.

Muhyiddin, he said, probably knew there was a high possibility he would lose his seat and that this might have a domino effect, resulting in the collapse of the PN coalition.

“His decision not to contest is also a way of extending Bersatu and PN’s lifespan in Malaysian politics,” he told FMT. 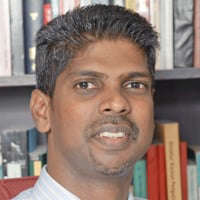 Anantha said Muhyiddin might have been mindful of talk that more elected representatives were planning to jump ship as tensions within Bersatu were high.

Johor PN information chief Mohd Solihan Badri had said Muhyiddin decided not to defend his Gambir seat so that he could focus on strengthening the party and the coalition’s machinery to defeat Barisan Nasional (BN) in the Johor polls.

Meanwhile, James Chin of the University of Tasmania’s Asia Institute said Muhyiddin’s decision not to contest in the Johor state elections would not affect his standing in the party.

“Right now, no one in the party can take over his position. He is too senior,” he said.

Chin added that although most people would consider Muhyiddin’s decision not to contest as a sign of weakness, it did not matter for now.

“If anything, it will only affect the party at the next general election (GE15). That will be Bersatu’s Waterloo,” he said.