PETALING JAYA: It is in the best interest of Barisan Nasional (BN) to contest the upcoming Johor elections without cooperating with parties outside the coalition, according to an analyst.

Awang Azman Pawi of Universiti Malaya said the uncertainty of the other parties’ chances in the polls made it a bad idea for BN to give up seats it could itself vie for.

“Even if they do win, it is unsure that they will remain in support of BN,” he told FMT.

“PAS, for example, would still stick with Bersatu. This will be a loss for Umno and will weaken its dominance in BN.”

According to news reports, Johor BN is considering the possibility of contesting the elections on its own because it is confident of winning two-thirds of the 56 seats.

Johor BN chairman Hasni Mohammad said the decision to contest without the cooperation of any party outside the coalition was, however, subject to approval by the BN Supreme Council.

Awang Azman said BN was confident of becoming a dominant force in Johor because it was the incumbent government with a reputation for stability.

“Moreover, the opposition is seen to be less cohesive, just like in the Sarawak and Melaka polls. This gives an advantage to BN in Johor.”

James Chin of the University of Tasmania said it was highly likely that BN would go into the state polls on its own. 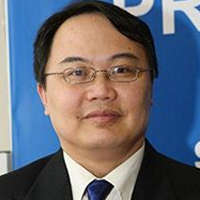 “There’s a large group of people in Umno who are strongly against PAS,” he said. “So, even if PAS were to be nice to Umno, I doubt that Umno will agree to work with it.”

He said there were no other alliances that BN could consider in its fight against Perikatan Nasional.

Chin said a two-thirds majority was possible for BN in Johor because the state had always been an Umno stronghold.

“The Umno machinery in Johor is one of the best in Peninsular Malaysia. So, if BN is united, I don’t see a big problem,” he said.

Umno deputy president Mohamad Hasan has been quoted as saying the party leadership has taken note of Johor BN’s wish to contest on its own.

He said the decision on whether Umno would work with PAS in the Johor elections would be made soon at a meeting of the party’s Supreme Council.