PETALING JAYA: A former aide to Najib Razak has challenged the government to verify the authenticity of details of an alleged report by the Malaysian Anti-Corruption Commission of investigations into former central bank governor Zeti Akhtar Aziz and former federal minister Nor Mohamed Yakcop.

Excerpts of the alleged report were revealed by former consultant Romen Bose in his tell-all book “Final Reckoning: An Insider’s View of the Fall of Malaysia’s Barisan Nasional Government”.

One chapter of the book deals with the 1MDB financial scandal.

Bose said that as far back as 2018, MACC had already investigated Zeti and Nor Mohamed for their role in the 1MDB issue and even prepared an investigation paper entitled “Laporan Kes AmBank”. 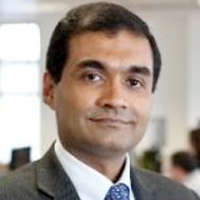 He also claimed the investigation paper allegedly found that Zeti’s family and Nor Mohamed received 1MDB-linked money that was stashed in Singapore.

Last month, MACC revealed that some RM65 million in 1MDB funds had been retrieved from a company controlled by Zeti’s husband, Tawfiq Ayman.

Subsequently, questions were raised as to why Zeti and Nor Mohamed were not called as prosecution witnesses in Najib’s SRC International trial despite the fact that both had assisted in MACC’s probe.

In his book, Bose said: “Did the MACC indeed investigate Zeti’s family and Nor Mohamed in 2018? I would ask them to please verify the authenticity of the alleged document.

“If the document is genuine and the facts accurate, I would like to ask what action is to be taken against the individuals? I stand guided by the Malaysian government’s decision on the authenticity of the document.”

Bose also recounts a conversation with Najib after news on the 1MDB scandal broke. Najib, who was prime minister at the time, voiced surprise that Zeti had refused to make comments on a RM2.6 billion deposit made into his personal bank account.

The money was later described by Najib as a political donation from the Saudi royal family.

Bose said Najib told him that he had spoken to Zeti on the matter and that she told him she did not see any issue with him opening accounts in his name to receive the money.

Najib told him that if there were questions about the legitimacy of the donation, he would have expected Zeti to tell him about it, given her position as the head of the central bank, Bose said.

Later on, when news of the matter surfaced and a special task force began investigating the 1MDB scandal, Najib said Zeti told him “it was not her place” to comment on the transactions as investigations were ongoing.

“Najib said he was very perplexed as to why she had initially happily agreed to the accounts being open and now, all of a sudden, appeared to be trying to distance herself from the situation,” Bose wrote.

Bose, a former journalist with Al Jazeera and AFP, had been political communications consultant to Najib when the latter was prime minister.

The book goes on sale on Dec 14. Pre-orders can be made through these bookshops: