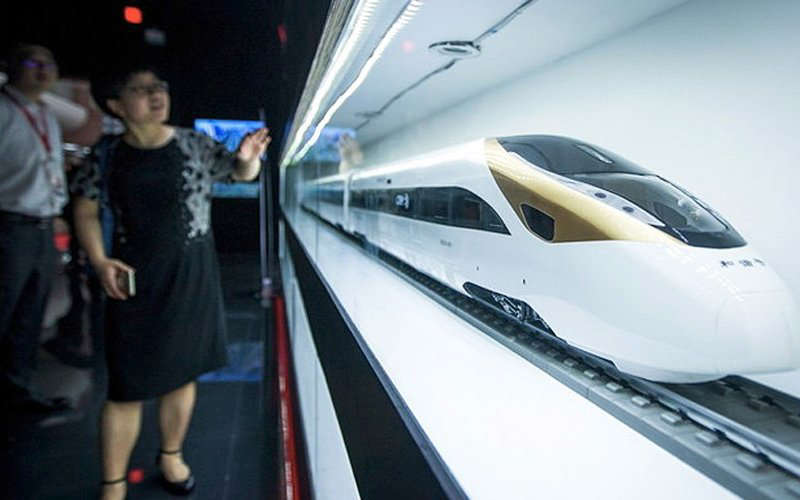 © Provided by Free Malaysia Today A study into the revised HSR project linking Kuala Lumpur and Iskandar Puteri in Johor has been completed and will be submitted to the Cabinet. (Bernama pic)

This comes following the shocking decision of the government to revive the RM9.4 billion Trans-Sabah Gas Pipeline (TSGP) and Multi-Product Pipeline (MPP) projects, where according to Lim, 88% or RM8.3 billion of the construction value has already been paid despite only 13% of the work being done.

“Following the revival of this multi-billion ringgit project in Sabah that was scrapped by the Pakatan Harapan (PH) administration in 2018, questions will be raised as to why the Kuala Lumpur-Singapore HSR project was not similarly revived,” he said.

The railway project was axed on Jan 1, with Malaysia having to pay Singapore RM320 million in compensation as part of its obligations under the bilateral agreement.

Meanwhile, a study into the proposed HSR project linking Kuala Lumpur and Iskandar Puteri in Johor has been completed and will be submitted to the Cabinet.

However, the Bagan MP said the government should revive the original project instead of paying the compensation.

“The revival of these scandalous projects has turned the spotlight on Malaysia paying RM320 million in the form of compensation to Singapore for aborting the project.

“Many question the wisdom of the government in terminating the HSR line at Johor Bahru instead of in Singapore, despite the earlier promise to continue with the original HSR plan,” he said in a statement.

He added that the original HSR project would have brought economic benefits to states like Johor, Melaka, Negeri Sembilan, and the Klang Valley from the closer ties via the direct high-speed link between various towns and cities in these states as well as with the island republic.

He also denied that the former PH government, in which he was the finance minister, had questioned the rationale for the KL-Singapore HSR project, after taking over Putrajaya in May 2018.

“We just wanted to relook at the exorbitant pricing and the cost structure agreed to by the previous Barisan Nasional (BN) government.

“But now, the HSR project is not financially viable if it does not pass through Singapore but instead stops in Johor Bahru.

“There is no doubt that Johor, Melaka and Negeri Sembilan will be the greatest losers from the cancelled HSR project,” he added.