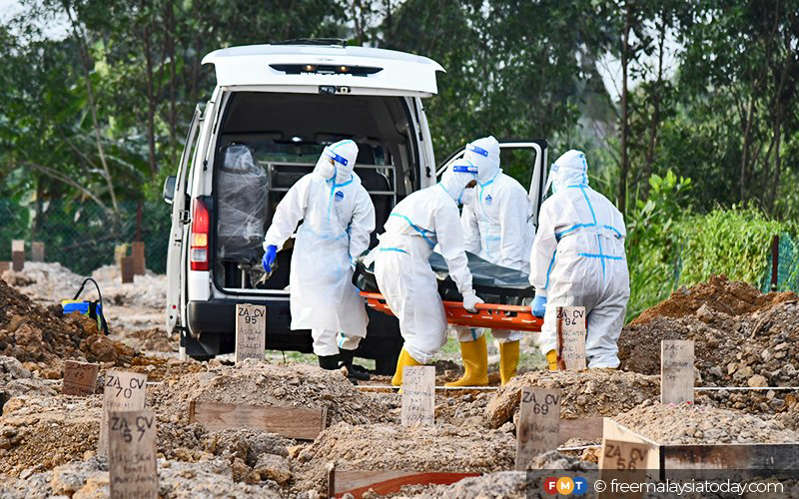 © Provided by Free Malaysia Today Fifteen of the new deaths reported are classified as brought-in-dead.
PETALING JAYA: The health ministry reported 76 Covid-19 deaths yesterday, according to its GitHub database.

The last time the figure hit double digits was on July 25.

Most of the fatalities were recorded in Perak with 13 deaths, followed by Sarawak (11), Kelantan (10), Sabah (nine), Penang (five), Pahang and Terengganu (four each), Kuala Lumpur and Kedah (three each) and Melaka, Negeri Sembilan and Perlis (one each).

There were no deaths reported in Labuan and Putrajaya.

As of midnight, there were 142,860 active cases, including 867 in intensive care units (ICU), 461 of whom required respiratory assistance.

There were also 15,456 recoveries reported.

Will you accept Amanah for sake of ummah unity, Umno man asks PAS