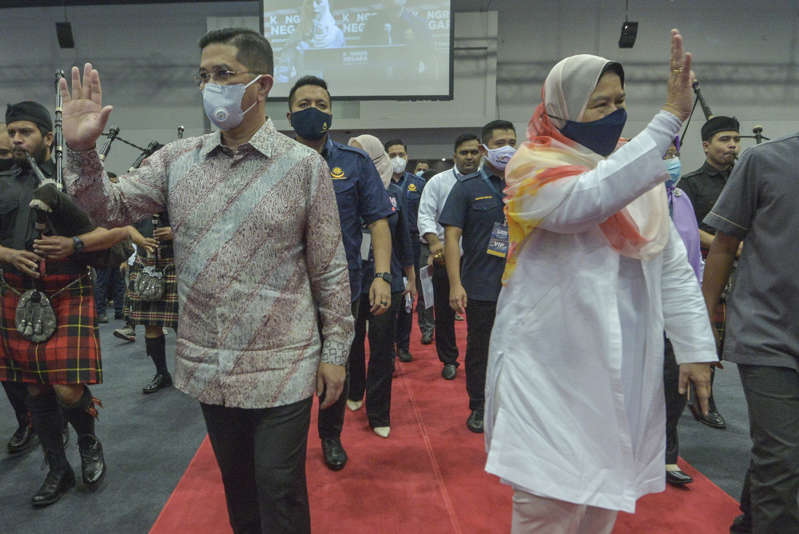 Malaysiakini reported yesterday when questioned about the allegations during a working visit to the National Tobacco and Kenaf Council head office in Kota Baru, Zuraida replied with a prompt “just rumours”.

However, the online news portal also said that checks with its sources indicated that members for such a party were being recruited from Penggerak Komuniti Negara (PKN).

PKN was registered under the Registrar of Societies on June 16 last year, with Zuraida touting it at the time as a non-governmental organisation set up to aid with initiatives under her previous portfolio — the Housing and Local Government Ministry.

Zuraida and Azmin are seen as close allies, after the duo along with eight other MPs defected from PKR in February last year, causing the fall of the Pakatan Harapan government in what has come to be known as the ‘Sheraton Move’.

In the aftermath of the political crisis, both Zuraida and Azmin have retained ministerial positions, with Azmin as International Trade and Industry minister under both former prime minister Tan Sri Muhyiddin Yassin and current Prime Minister Datuk Seri Ismail Sabri Yaakob.